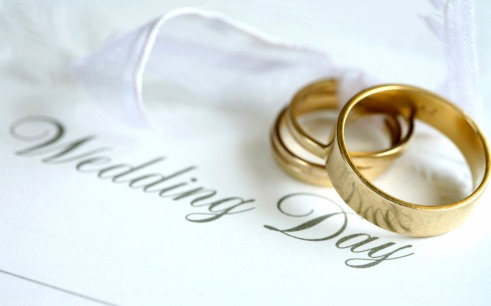 Source: Patricia Johns Romance: How mad would you be?

There has been an article circulating about a wedding that was interrupted by the groom’s best friend/officiant. The BF decided to interrupt the ceremony to propose to his own girlfriend, and then forced the band to play a “special song” for him and his bride-to-be to dance to during the wedding.

Friend and fellow author, Patricia Johns (look her up, she’s amazing) commented on this event on her blog with an post called How mad would you be? I don’t know about you, but I would’ve been pretty upset. Here is the comment I posted on Patricia’s blog and I stand by it. What do you think?

I have a major problem with this, and it’s not because of the financial factor: The friend did this during the ceremony.

I don’t care how small or big your budget is for this event. The ceremony is about the people involved and making a commitment to each other. Interrupting their ceremony, which is their declaration in front of their loved ones, is narcissistic, disruptive, and completely overstepping the boundaries of friendship with someone. No matter how small the budget, how casual the environment, perhaps this was the one time in their lives when all of their friends and family will be in one place. To hijack that intimate setting during of one of the biggest emotional events of your life is a horrible thing to do. My husband and I aren’t well off people. We’re not at the poverty line, but not above it by much and live in a quasi-ghetto area. This was a special moment for us and having so many friends and family from out of town in one place made it all the more special.

I can understand getting caught up in the emotion of the day. It makes guests and participants reflective of their own relationships. I think if any type of declaration had to be made by the officiant/best friend/narcissistic idiot, it should’ve been made during the reception, after the speeches and first dance are done, when the environment is more casual and collaborative. Then, maybe requesting a special dance also would’ve fit more in with the festive ambience. Everyone’s (hopefully) feeling the good vibes and wanting to celebrate in this life event. Guests make music requests of the band/DJ/jukebox, what have you, all of the time at these events. Making a declaration taking the spotlight off of the main people involved before the milestone moments of a wedding would be extremely hurtful. I’m not saying don’t do it, but have some respect for the people involved and wait for the right time during the event if it absolutely has to be done.

Also, Judy above [first commenter] makes a good point. I can’t possibly believe if someone had the gall to do this during the ceremony that it was the first time this kind of stunt has occurred. However, even if it was due to shock, neither the groom nor the bride stepped in to say, “Hey, can this wait until later?” Then, if the officiant/best friend/narcissistic idiot continued to try and move forward, I would’ve been more upset and say “bye bye” to that friend. There had to have been, for lack of better phrasing, warning signs that this guy was capable of pulling a stunt like this out of thin air. He would’ve had to have done this before with other life events.

What do you think, folks?

Would you be angry or upset?

Should I shut up and enjoy the festivities?

Are the bride and groom completely justified?